Tsss-tssssss—tss-tssss—tsss-TSSS. Slick tyres hiss across glistening tarmac, volume modulated by each revolution of the salt encrusted cranks, cranks salvaged from a bike which long since succumbed to years of winter abuse. Will the Lemond be next to fail, to be sacrificed? The contented whirr of singlespeed chain over a single 52 tooth chainring suggests not. This bastard of a machine purrs in tune with rider and the Pennine moors which tonight are happy to give up their moonlight vistas to this traveller. Few venture this way in darkness, the nearby M62 is faster, straighter and lit by night leaving the old road to those who seek solitude. 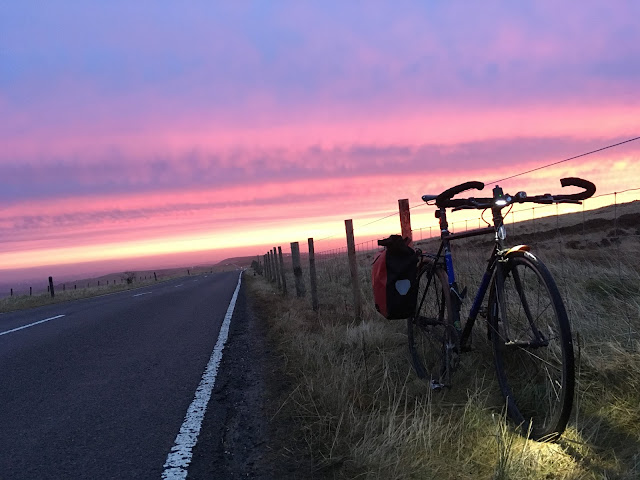 I ride this way partly for pleasure and partly for duty, the pleasure of the moors by night and a duty to prepare for this year’s adventures. Those adventures may unfold a thousand miles from the peat bog and heather moorland of the south Pennines but without this preparation they’d be wasted on me. Climbing hairpins through wildflower meadows under limestone peaks to the random clatter of cowbells; it all starts here on my starlit January commute.

This bike is a true bastard, a secondhand cyclocross frame persuaded to singlespeed by a pair of £10 steel track dropouts welded to broken chainstays.  Wheels from a retired road bike, pannier rack from an old commuter and brown mudguards bought in a sale. The bastard is known as the Fugly, descriptive if uninspired. It’s the cheapest and simplest of the bikes in my shed and in winter I reach for it frequently. Rolling down Pennine valleys the steel 853 frame soaks up the ripples in the pock marked tarmac and on climbs it takes on a life of its own. Every pedal stroke distorts the frame inciting it to fight back until we reach a harmonic rhythm that’ll see us both up most gradients. 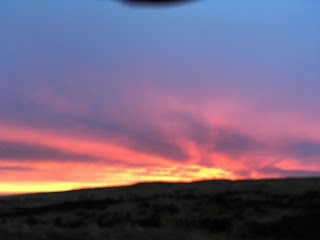 Sometimes it’s necessary to employ a bit of mind control.  1-2, 1-2-3, 1-2-3-4, 1-2-3-4-5, 1-2-3-4-5-6, 1-2-3-4-5-6-7 I count; each revolution of those crusty Dura Ace cranks tallied until the top is reached. Sometimes I imagine a pair of legs doing the climbing, separated from my torso and suffering in isolation. The usual brain cluttering questions of gear choice, effort and cadence are satisfyingly absent. Hills are to be climbed, the Fugly’s 85 inch gear will dictate progress. I don’t question how, if, or why. I may be forced out of the leather saddle to keep those cranks turning, but I know that I will reach the top.
Posted by Gutsibikes at 10:26 No comments: